Off the tourist beat but well worth a visit.

Most people ignore Barton upon Humber as they zoom over the Humber Bridge. When the bridge opened in 1981 (late and over budget), it was the longest single span suspension bridge in the world and soon became a major tourist attraction. 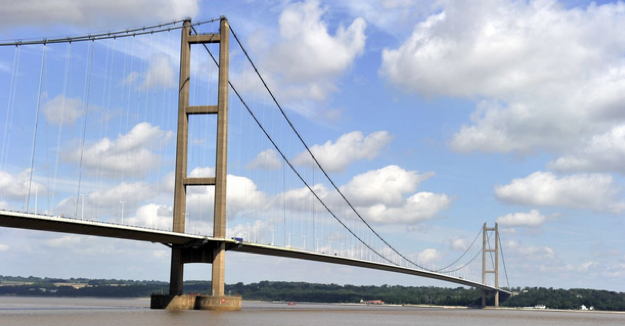 Set on the south bank of the river, Barton upon Humber is an attractive small town with a long history. 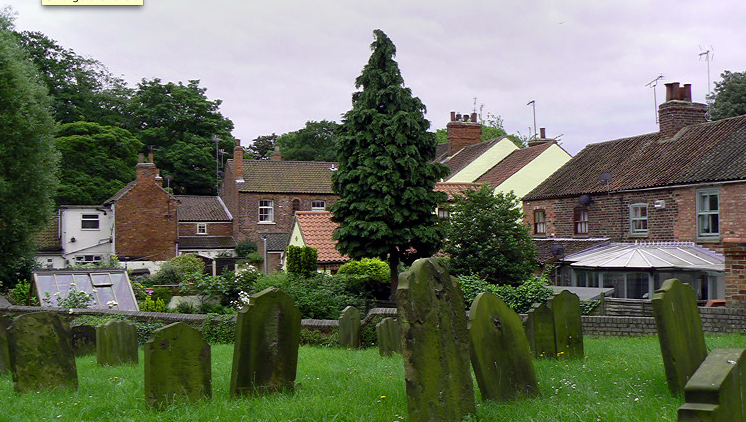 The towers of Barton’s two churches can be seen from the A15. St Peter's is the oldest, dating from the C10th and has one of the best preserved Anglo-Saxon towers in England. Now no longer is use, it is in the care of English Heritage and only open on summer Sundays. After it closed, excavations revealed a major Anglo-Saxon cemetery with nearly 3000 burials. 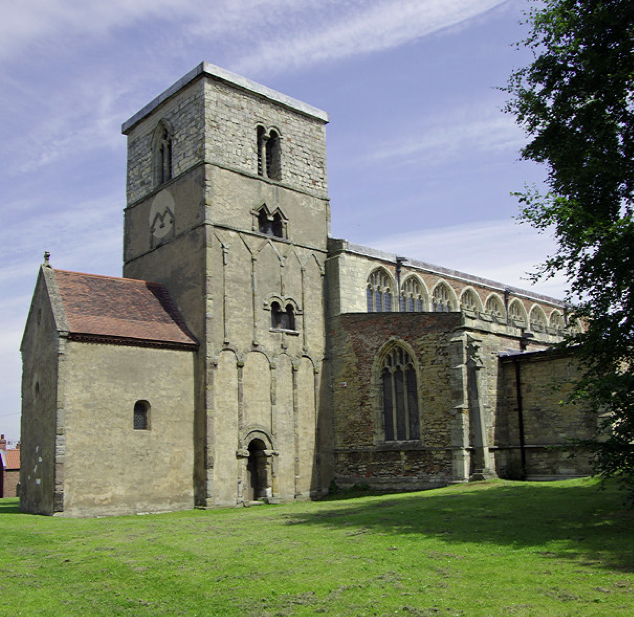 The old vicarage is a splendid white Georgian building below the church. Its main claim to fame is that Chad Varah, the founder of the Samaritans was born here in 1911.

To the east of the church there are glimpses over the wall of brick built Tyrwhitt Hall which is C15th and the oldest building in Barton. This is now a private house and not open.

Below the church is a triangular open piece of ground with grass and trees, known as the Beck. This used to be a pond but the springs feeding it dried up and the area had become neglected and an eye sore. It has recently been restored and is, once again, an attractive pond with a family of ducks and seats.

There is a lovely view of St Mary's Church from here. This started as a chapel of ease for St Peter’s Church. Barton was very wealthy in the Middle ages and St Mary’s was extended several times. It is now the parish church which is open daily and is worth visiting for its Norman arcade and lovely wooden screen in the chancel. The Humber has always been a major route for passenger and goods traffic and Barton was a major port with Barton Haven provided safe anchorage for ships. There was a ferry to Hull from the C15th until 1851. As boats got bigger, the ferry terminal moved to a specially built pier at New Holland. The service was run by coal fired paddle steamers. Crossing times could be erratic as the steamers were known to get stuck on sand banks at low tide. This was in use until the Humber Bridge was opened.

Barton was a flourishing market town in the C18th and C19th and this is reflected in the grandeur of many of its buildings. It is worth walking round Barton and Barton Civic Society produce a number of leaflets of walks around the town.

There are many splendid Georgian Houses around the Beck, Whitecross Street and Priestgate. Baysgarth House was built in 1751 for the Nelthorpe Family, important landowners in this part of Lincolnshire. The house is surrounded by parkland with mature trees. It is now a local history museum, which is open on Fridays and Saturdays. As well as period rooms and shops it also has information about local industry. It also hosts temporary exhibitions. Victorian buildings are found around High Street and Queen’s Street. The Corn Exchange in the Market Place, Assembly Rooms (originally the Temperance Hall) and old Police Station with the Magistrates Court next to it, date from this time.

Providence House, still standing in its own grounds on Holydyke, was built for Thomas Tombleson, one of Barton’s largest landowners. It was later used as a children's home and later as an annex by the local secondary school. It is now the library and adult education centre.

Perhaps the most significant Victorian Building is the Wilderspin National School dating from 1844. When the school closed in 1978 it was restored as a museum. It is a typical Victoria brick built school with outside toilets, with an infant, girls and boys classrooms. The first superintendent was Samuel Wilderspin who had very enlightened (revolutionary in fact) ideas about educating infants. This is open Thursdays - Sundays throughout the year. It is a fascinating place to visit, geared at all ages.

Barton became an important industrial centre from the C18th - C20th. Clay from along the Humber banks was used for brick and tile making. By 1900 there were 15 yards along the banks of the Humber. Now William Blyth is the only working working tile yard left and has a coffee shop.

The remains of the flooded clay pits can be seen all along the river banks. These are now returning to nature with reeds, wild flowers and abundant wild life. Many are nature reserves. Far Ings Nature Reserve is one of the few places in Britain the bittern can be seen and heard. It has a Visitor Centre and several walks and bird hides. Wates' Edge Country Park and Visitor Centre is by the mouth of Barton Haven and is built on the site of a fertiliser factory. When the factory closed down this was one of the most polluted industrial sites in Britain. After a multi-million pound clean up it is now transformed into a nature reserve with ponds, reed beds, marshland, woodland and wild flower meadows. The visitor centre is open daily and has a small cafe. For those wanting a longer walk, there is a footpath along the Humber banks from South Ferriby to Immingham.

Ropemaking was an important industry in Barton. It started as a cottage industry until John Hall built a Rope Walk here in 1801. Ropes were made for the whaling and fishing fleet in Hull. Trade grew and by the C20th ropes were being exported all over the world. The Rope Walk closed about 25 years ago and is now a craft centre and coffee shop with a fascinating display on its history. There are archive videos here. There is an derelict windmill by the Haven. The old mill on Market Lane in the centre of Barton used to grind chalk from nearby chalk pits and barley. No longer used, it has been restored as part of the Old Mill Public House. Industry has virtually gone. Falcon Cycles used to be made in Barton. Kimberly-Clarke had a nappy factory here which closed down in 2013, although the site has new reopened as Wrens Kitchens and is an important local employer.

Cemex UK, the cement works at nearby South Ferriby survives, despite being badly damaged in the December 2013 floods.

Now Barton upon Humber is a dormitory town with locals travelling across the Humber Bridge or to Scunthorpe for work. It still retains a strong community spirit. There are clubs and activities for everyone and the Civic Society hosts regular talks. There are Ghost Walks in the winter months. In the summer is the popular Barton Bike Night and there is the Barton Lions annual beer festival.

It is definitely worth the short detour before continuing on your way across the bridge…
Last edited: Yesterday at 12:10 PM
Click to expand...