Home of the Brigg raft

Brigg is a small market town in Lincolnshire and, like so many others throughout the country, there is nothing really special about it. Its main claim to fame are the remains of a Bronze Age raft now displayed in the Heritage Centre.

This was originally discovered in 1888 by workmen digging for clay. The remains were fragile and susceptible to drying out so it was covered over to preserve it. It was eventually lifted in 1974 and kept in storage at the National Maritime Museum in London. It returned to Brigg a few years ago and now has pride of place in the Heritage Centre. Measuring up to 40ft long it is made up of five separate strakes (planks) nearly 9ft wide. It is the longest prehistoric boat to be found in Britain. Each of the strakes has a series of cleats carved at intervals along the length. These had holes in them for cross timbers which helped keep the strakes together. Joints were caulked with moss and covered with wooden battens. Stripped willow was used to ‘sew’ the structure together. There is a short video and a small display cabinet shows the stages in construction as well as a model of what the boat may have looked like. There are two theories as to its use. The first is that it was a flat bottomed boat used on the Ancholme as a ferry. If so, it is estimated that it would have been able to carry either 40 sheep with 10 men, or 30 cows with 20 men. The other suggestion is that it had a rounded hull which was capable of sailing round the coast.

Brigg is surrounded by rich and very fertile farmland and grew up at an important crossing point of the River Ancholme. 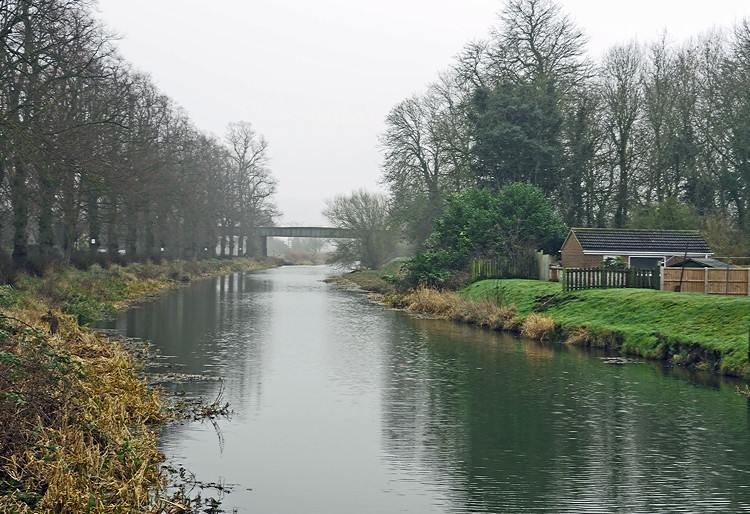 There are in fact two river Ancholmes now. In 1635, Sir John Monson drained the valley with a new straight cut creating the two rivers seen today, called hardly surprisingly the new and old rivers. This meant that larger vessels could now sail up the river nearly as far as Market Raisen. In the 1840, as many as 1000 boats left Brigg each year loaded with corn and coal. In 1843 a daily service was introduced to Hull by a steam screw powered fly boat. Now the only use is by pleasure boats which can be seen moored along the banks. Remains of warehouses now turned into housing can be seen along the river. 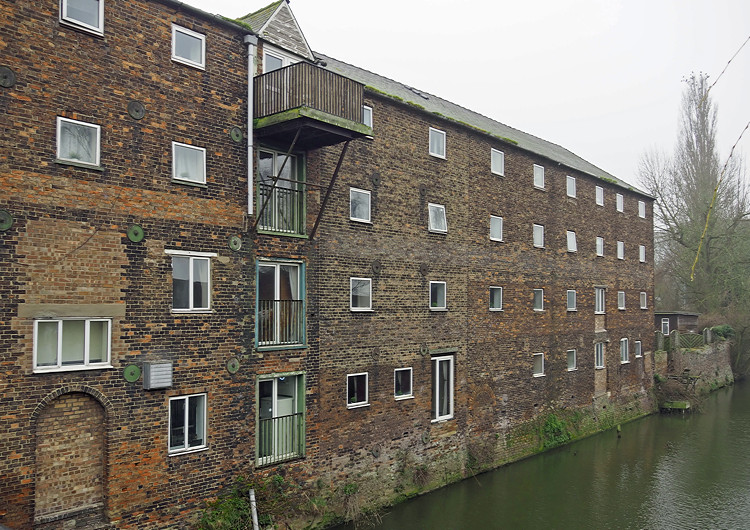 The old river, to the west of the town is lined with waterside plants and is popular with anglers. North Lincolnshire Council have built a multi use path along the river.

The cattle market is now a Tesco. The industry has gone as Springs marmalade factory and the sugar beet plant have closed. Falcons cycles no longer make bikes in Brigg and there are plans to build houses on their factory site near the centre of the town. The main employer is North Lincolnshire Council.

Despite of the arrival of Tesco and Lidl, and a new Aldi store opening next year, Brigg has managed to keep traditional bakers and a couple of butchers. As well as the usual charity shops and chain stores there is a range of local specialist shops which pull in shoppers from the surrounding area. Brian’s DIY is an Aladdin’s cave of things you won’t find anywhere else from single screws to cleaning products. For the children there is an old fashioned sweet shop with jars full of goodies arranged along the shelves. Throw in a carpet shop, bed shop, traditional men’s country clothing and ladies fashions, there is plenty of choice.

Brigg has always had a market and large toll boards listing prices of taking livestock and produce are still displayed at the ends of the town. There is still a market every Thursday with a smaller one on a Saturday. On the fourth Saturday of the month there is a thriving Farmers Market as well. This sells everything from Ostrich burgers to artisan bread, exotic mushrooms to artisan beer as well as smoked fish, cheeses and preserves. The annual Brigg Horse Fair at the start of August, dates back to 1235 and is the second largest horse fair after Abbleby.

Three roads converge on the triangular market place. Wrawby Street, the main shopping street, is pedestrianised. At the head of the Market Place is the Buttercross, an elegant pale yellow brick building with a small clock tower. This was built in 1817 as the Town Hall with an open stone paved area at the bottom used as a market for butter, eggs and poultry. It is now the Tourist Information Office with a lot of local, regional and national information. Tall buildings line the market place, now with shops on the ground floor. Most date from C18/19th and were built using bricks from new yards along the River Alcholme. The importance of Brigg as an agricultural market town is reflected in the size and grandeur of the two banks, now Nat West and HSBC.

On the south side of the Market Place is the Angel Hotel. This was a C16th coaching in with a central archway leading to the courtyard with buildings round it. It was given its mock Tudor timber frame exterior around 1989 when the angel above the doorway was probably added. It shut as a hotel in 1989 and lay derelict for some years before being bought by North Lincolnshire council and completely renovated. It houses the local library, excellent small Heritage Centre as well as a cafe in the courtyard. Behind Wrawby street to the north is the area known as the courts. This was originally built to house the poorest labourers in two up and two down cottages. There was no running water, little sanitation and a communal drain. They were overcrowded and unsanitary. Most were demolished when a new car park was built but parts of some still survive like Chapel Court. This still has two of the original cottages now looking attractive with their cottage gardens. Some of the properties are small specialist shops. Bigby Street has larger and more splendid C18th and C19th housing, reflecting the importance of Brigg at that time. The Exchange Coach House Inn was built in 1760 as a dwelling for a ‘man of substance’. It was a ladies’ finishing school, but is now a hotel. The Church of St John the Evangelist is a typical mid C19th Victorian Gothic building with a square tower. It is open on Thursday after the 9am communion Service. The church hall is open for tea or coffee. This part of Lincolnshire is very much off the tourist itinerary and few visitors come here. Brigg is still a small country town and if you do visit, plan for it to coincide with market day, and do go and find the Brigg raft!
Last edited: Mar 31, 2021
Click to expand...