Coniston Village is set back from the lakes side and surrounded by the peaks of the Old Man and Wetherlam. The houses scramble up the hillside. 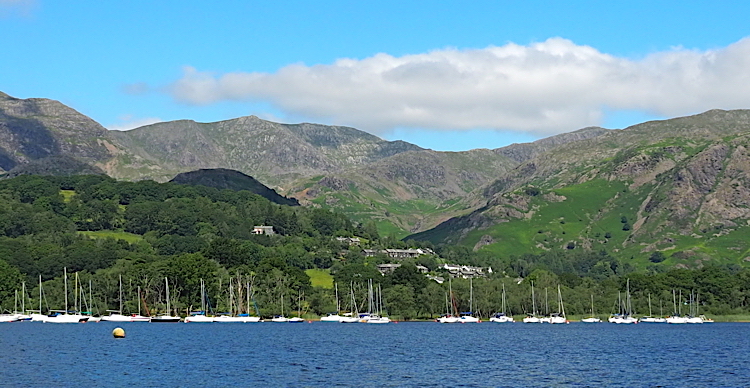 The flat land around the lake provided good farming and much of the land was owned by the monks of Furness Abbey.

As well as farming, iron ore has been smelted here since Medieval times, using charcoal to fuel the furnaces. The discovery of copper in the C16th led to a rapid expansion in population and copper was mined until the early C20th. The hills have also been quarried from slate and provided work for over one hundred families. A gunpowder works not only supplied local needs but also much of the Uk requirements until the early C20th. Many of the small houses seen climbing up the hillside were miners cottages. 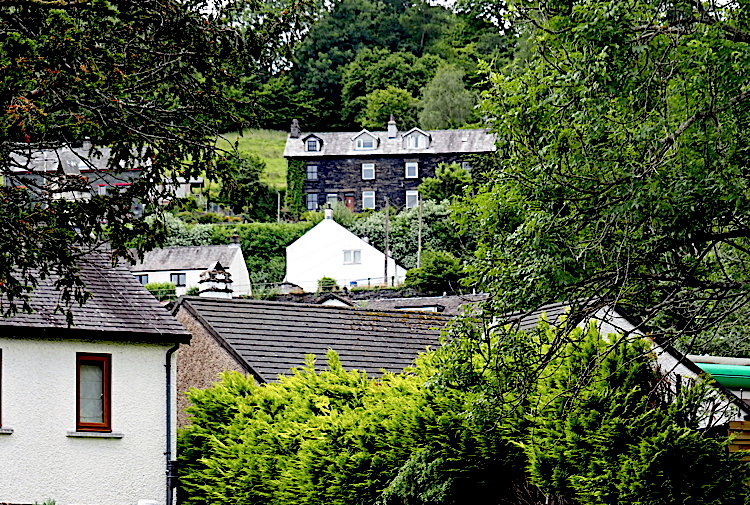 The copper ore was brought down from the mines in carts and transferred to boats that sailed down the lake to Greenodd, where it was transferred to barges and taken by canal to Ulverston. It was then shipped to smelting plants in St Helen’s and Swansea.

The Furness Railway arrived in 1859. Originally intended to transport copper ore, it soon began to carry passengers, leading to a sudden influx of visitors. The Steam Yacht Gondola was built to provide leisure trips on the lake.

The village is also associated with several famous names. Poet and social critic John Ruskin bought Brantwood on the opposite shore and is buried in the churchyard. 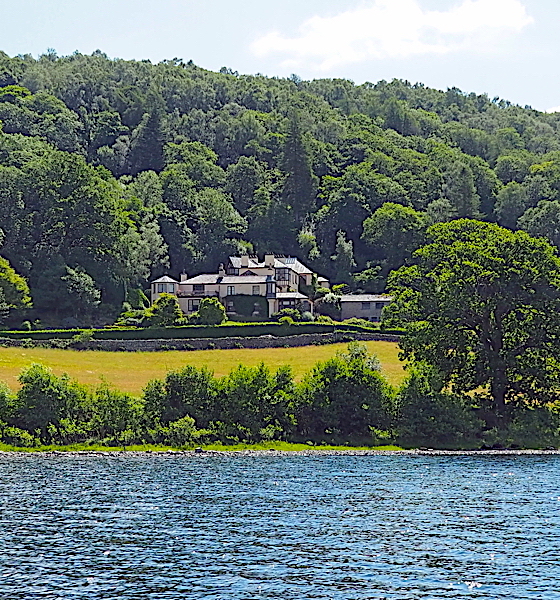 Arthur Ransome learnt to sail on Coniston Water and the area provided inspiration for many of his Swallows and Amazon books.

Donald Campbell broke four World Water Speed Records on the lake in the 1950s and died in 1967 when his boat, Bluebird flipped and sank in his final attempt. He is remembered in the Church and his body is buried in the new churchyard when it was recovered from the lake in 2001. Bluebird has been restored and there are hopes it will return to the Ruskin Museum for display.

Coniston is still as popular today and is a centre for walking. Shops along the main street are geared to visitors. 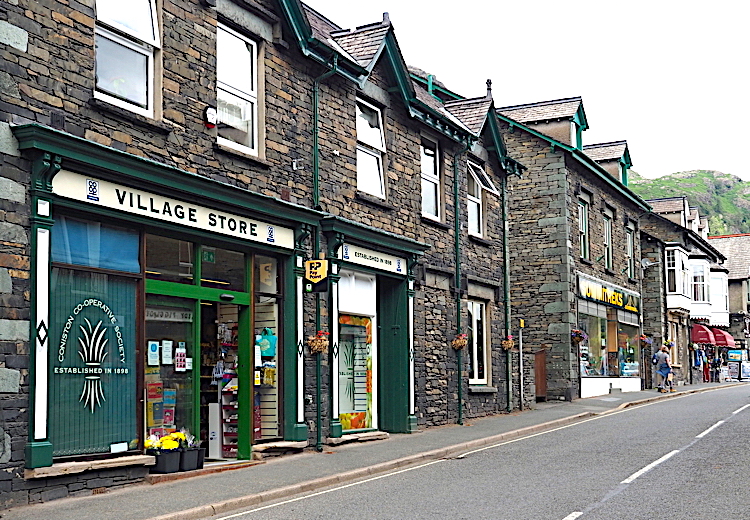 The Black Bull in the centre of the village is home to the Coniston Brewing Company which hit the headlines when its Bluebird Bitter was acclaimed CAMRA supreme champion beer in 1998. 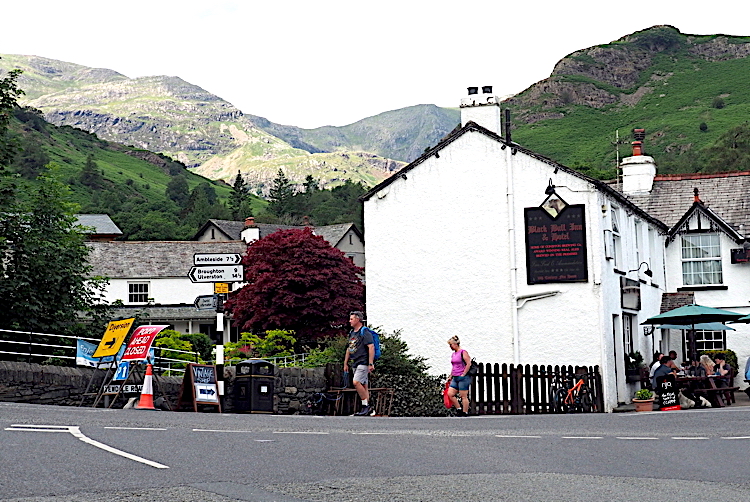 St Andrew's Church in the centre of the village was built in 1819, replacing an earlier church. It is built from local slate. 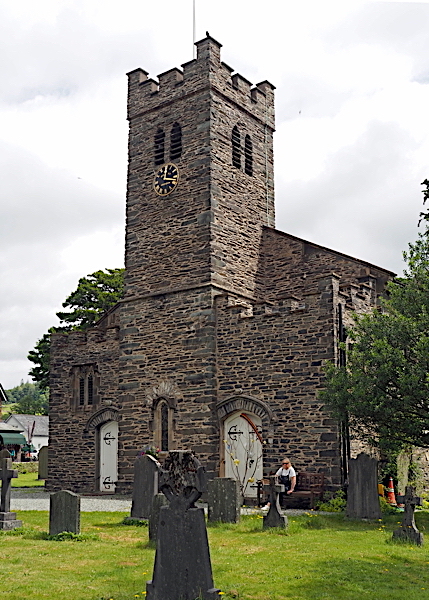 It is a very simple church. The chancel is narrower than the nave and was added in 1891. 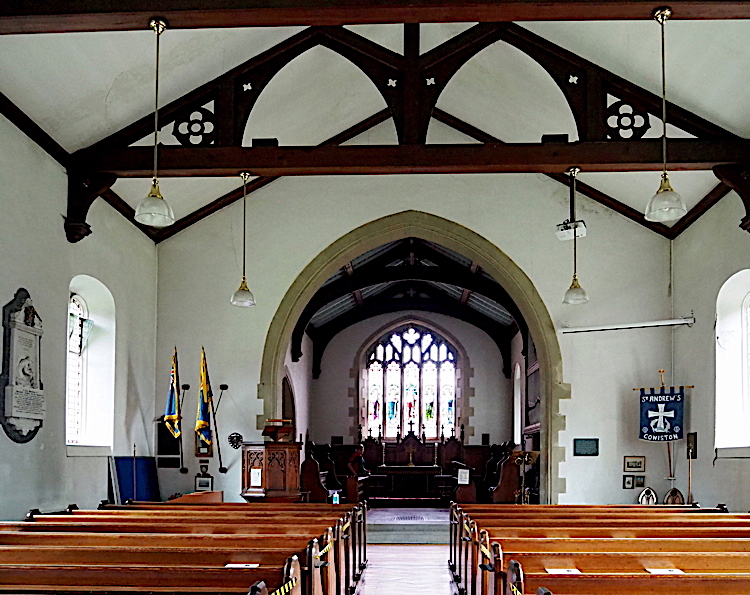 There is a simple table altar and carved panelling beneath the east window. 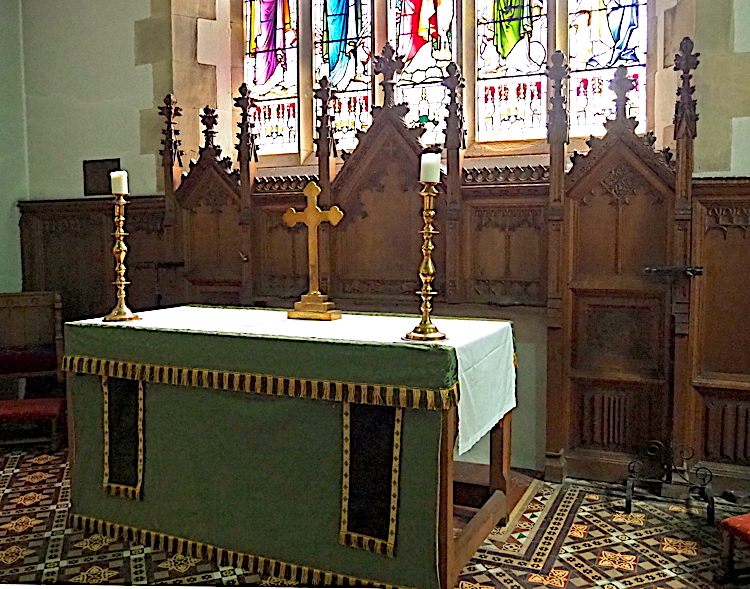 The gallery at the back of the church was also added in 1891 to accommodate the increasing congregation. The Royal Coat of arms is early C19th . 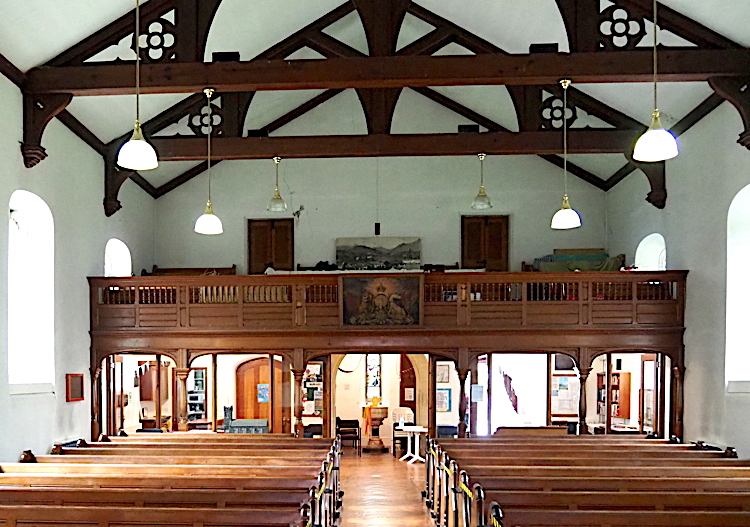 Beneath the tower is a small baptistry with an octagonal alabaster font and a stained glass window by C E Kempe. 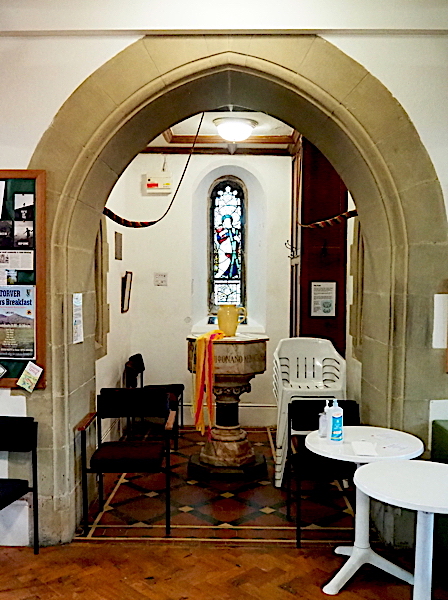 The glass screen at the back of the church has an etched memorial to Donald Campbell. 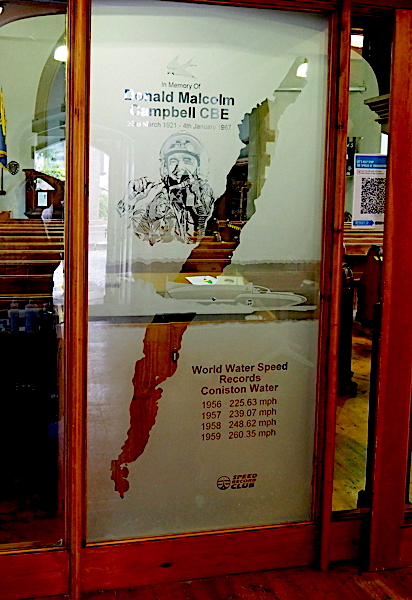 John Ruskin is buried in the churchyard and his grave is marked by a tall and elaborately carved cross, designed by WG Collingwood. Made from local slate, the design is based on the early Anglian crosses found across the north of England. The different panels depict different periods in Ruskin’s life. 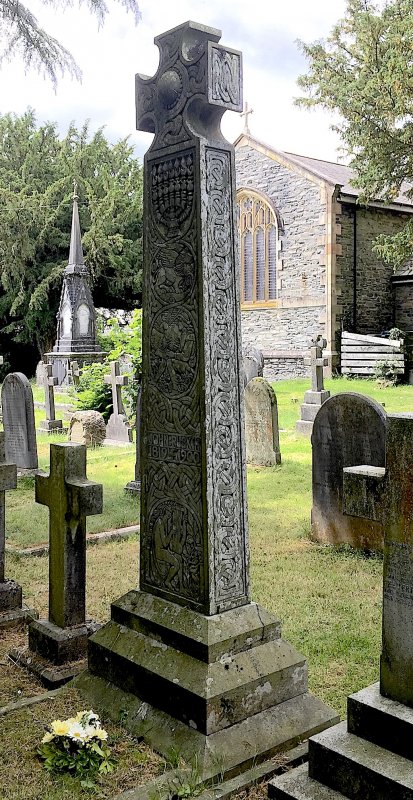 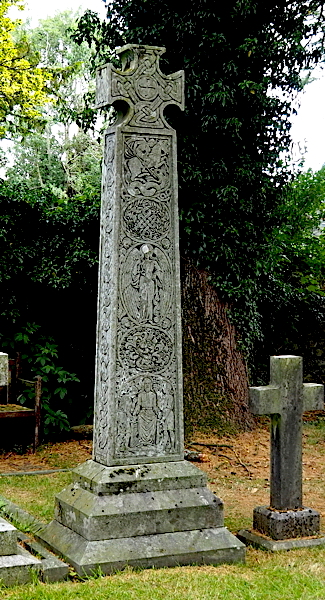 The Steam Yacht Gondola sails from the small pier, at the mouth of Church Beck. 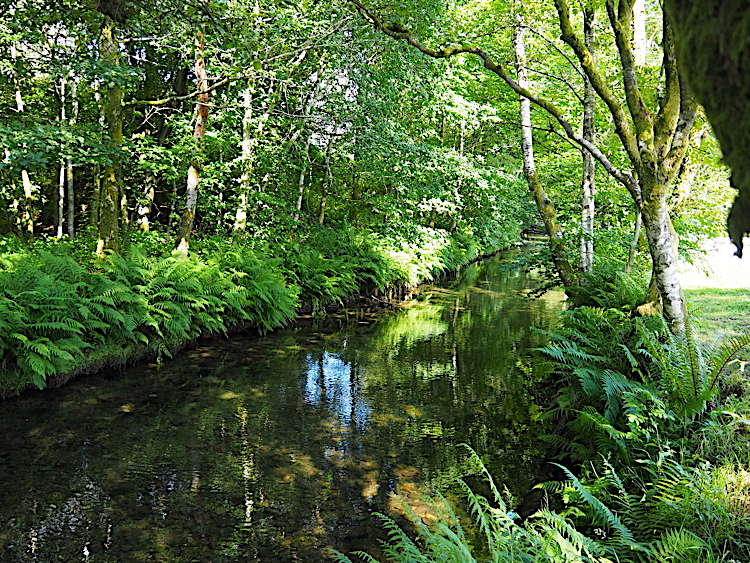 There is a pebbly beach, cafe and boating centre. It is popular with sailing yachts, rowing boats and paddle boards. 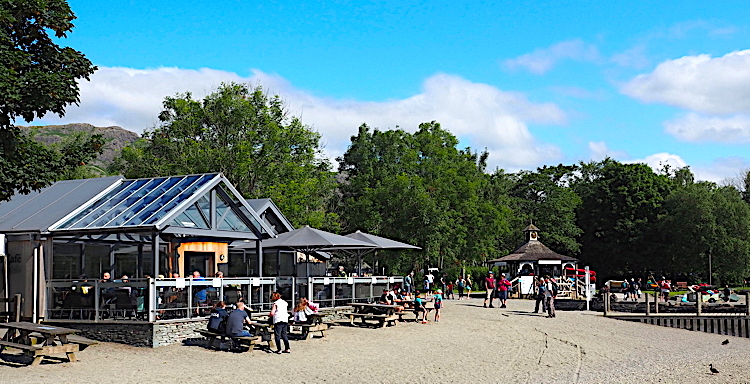 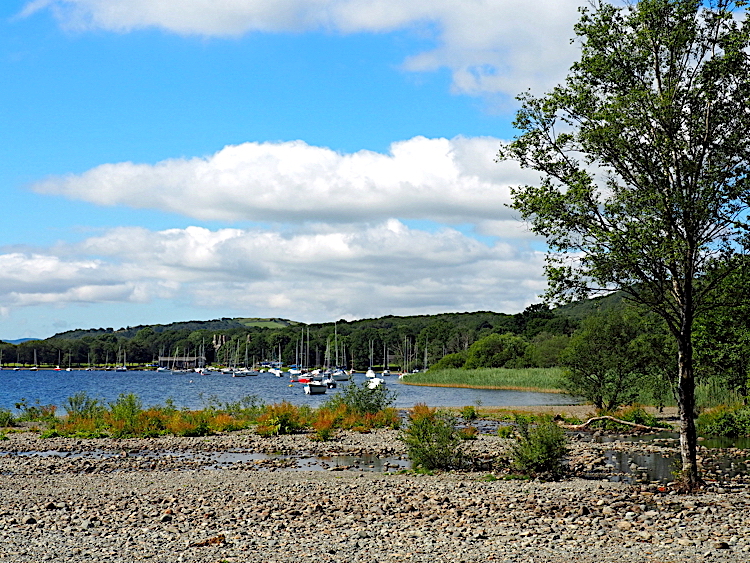 The Steam Yacht Gondola was built 1859 by the Furness Railway Company as a tourist attraction. Sir James Ramsden, director of the railway had been to Venice in 1850, and had travelled on the large wooden barges (burchiello) used to carry wealthy tourists. He recognised an opportunity to link a pleasure cruise to the Coniston railway line and was wanting something a bit different to the steamers found on nearby Windermere.

The Steam Yacht Gondola incorporated a state-of-the-art boiler and engine borrowed from railway locomotive technology and one of the new screw propellers as adopted by Brunel for the SS Great Britain. The hull was made from mild steel. It was designed to carry 200 passengers in a luxurious 1st class saloon with outside seating fore and aft.

The Illustrated London News described it as “ the most elegant little steam vessel yet designed, and is especially suitable for pleasure excursions on lake or river." The Gondola was an immediate hit and the visitors arrived in droves.

The Gondola was ‘retired’ in 1936 and used as houseboat (Captain Flint’s houseboat in Swallows and Amazons was inspired by this), before being abandoned in the 1960s and sunk. The National Trust raised enough money to restore her in 1970s, when she was given a new hull, engine, boiler and most of the super structure was replaced. She began to carry tourists again in 1980 and is the oldest steam yacht in the North of England. She is no longer coal fueled but burns logs made from compressed sawdust. 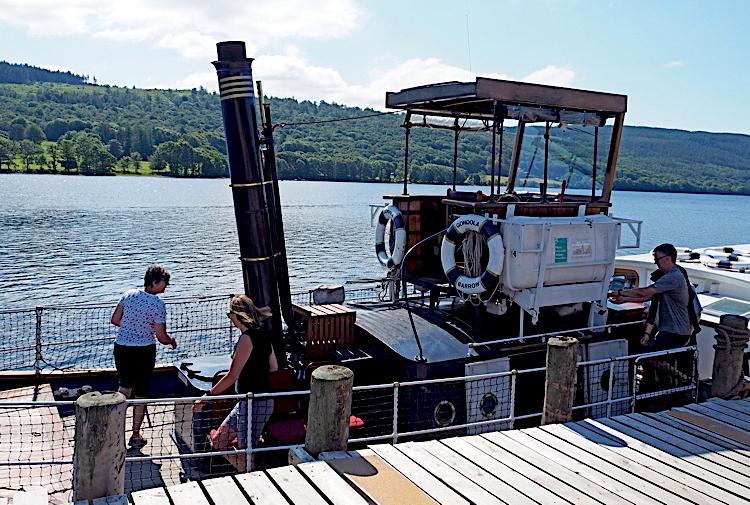 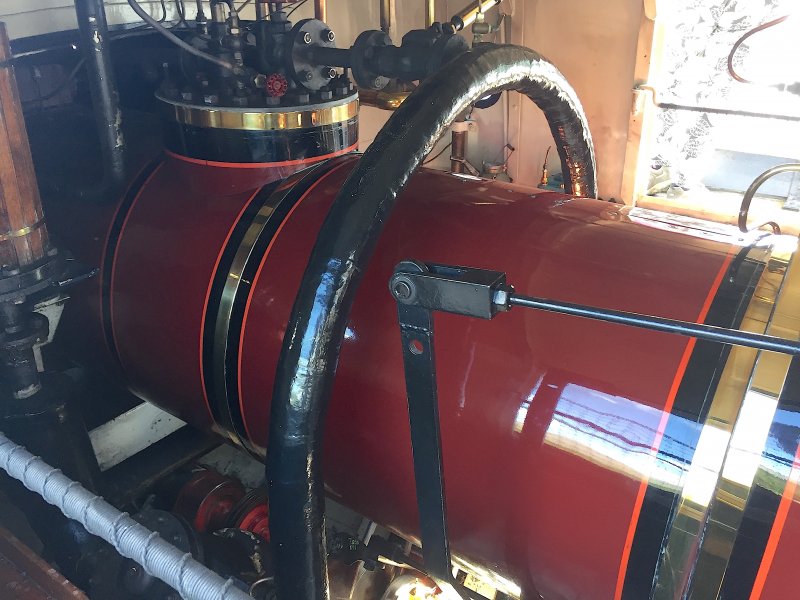 The Gondola now runs cruises along the lake stopping at some of the small jetties on request. 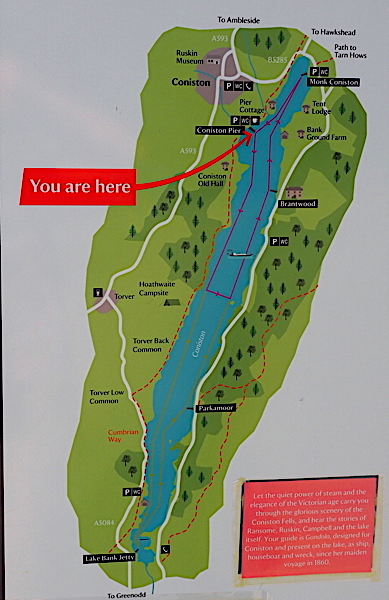 The tour is anticlockwise, sailing south along the lake. 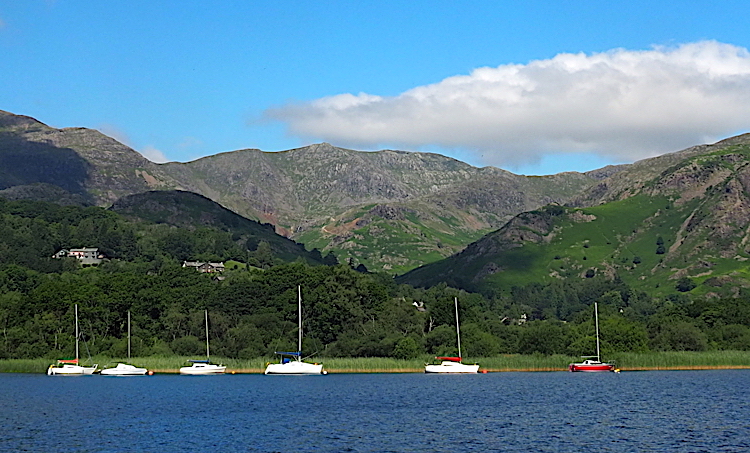 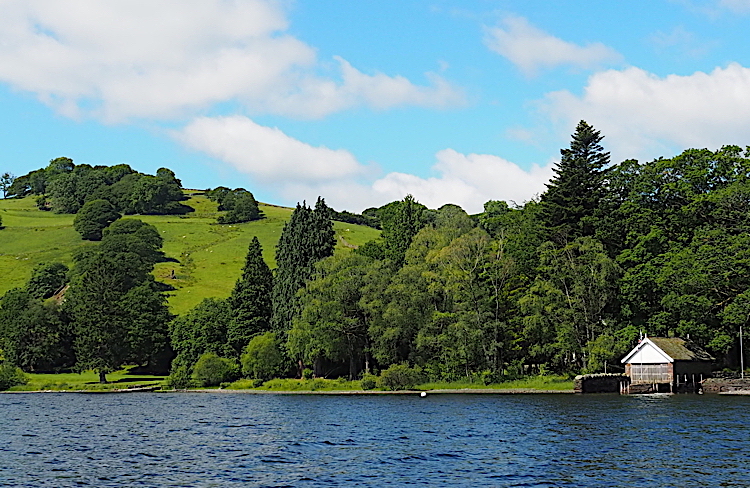 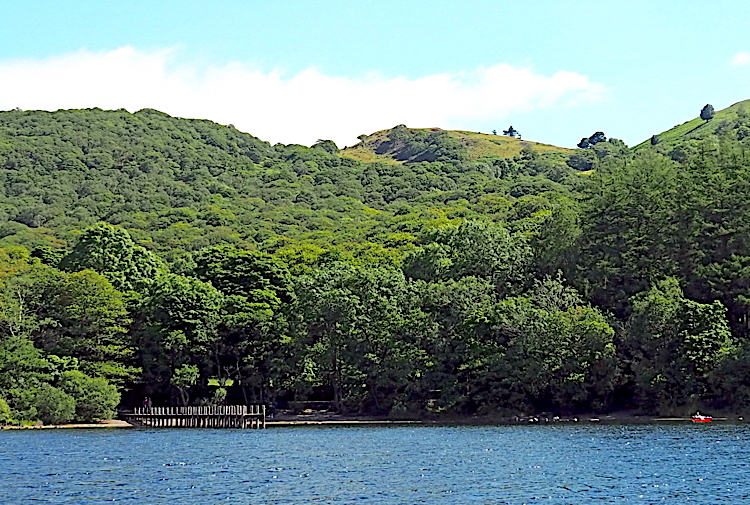 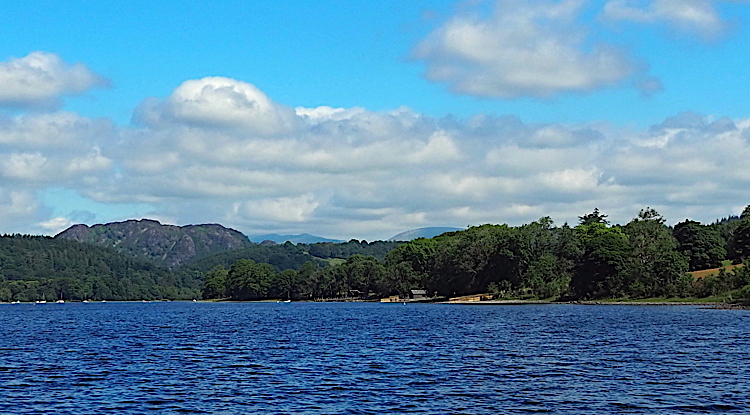 The cruise passes Arthur Ransome’s House and Peel Island, which was used as wild Cat Island in the Swallow’s and Amazon Books. 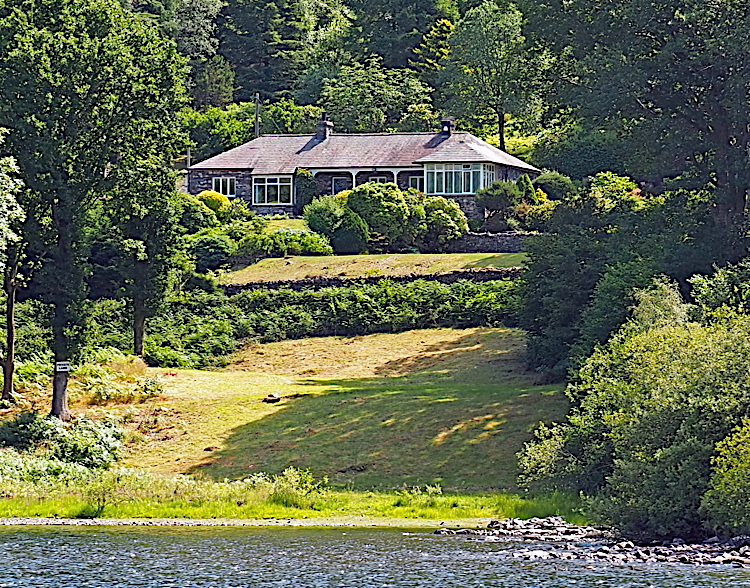 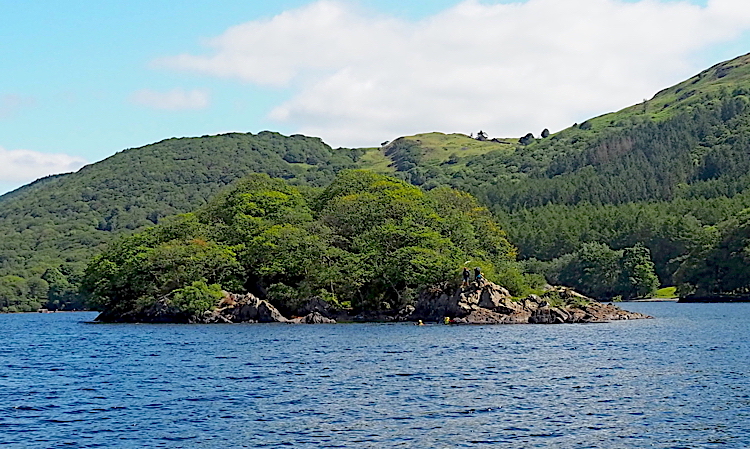 Brantwood, the home of John Ruskin is now a museum dedicated to Ruskin. It has extensive gardens as well a restaurant and craft shop. It is also a popular wedding venue. 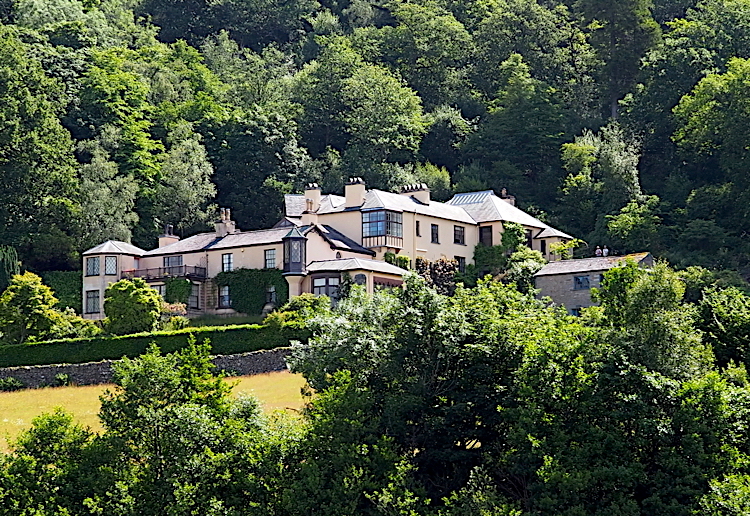