Criccieth, an unspoilt sea side town with a ruined castle.

Criccieth is a typical sea side town with a strong Victorian feel to it. It grew rapidly once the railway arrived in 1867 and has been popular ever since. It is an attractive place to stop with a range of old fashioned family owned shops, some have been trading for over 80 years. 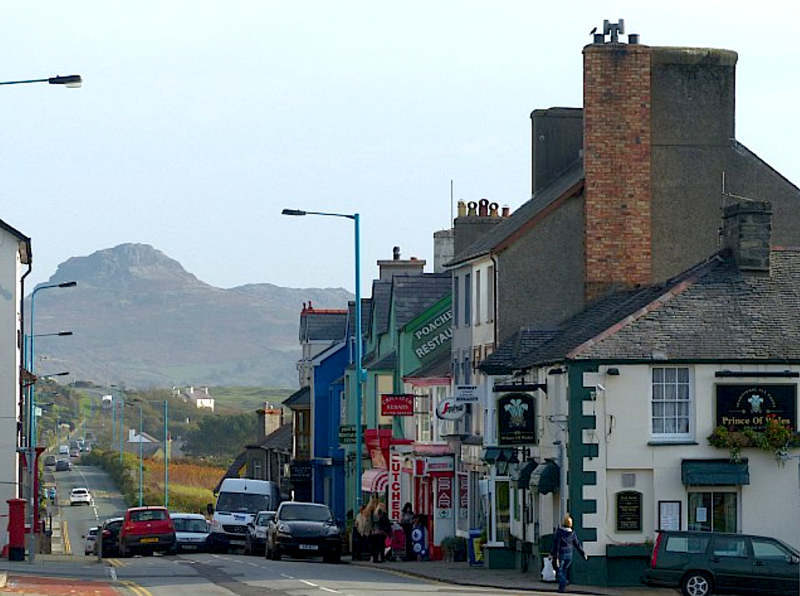 There is still a very traditional shoe shop with shelves full of boxes of shoes). There are plenty of very good craft shops specialising in locally made crafts. There is a very good butcher and I can recommend the beef and vegetable pasties from the Idris Cafe. They have a good selection of filled rolls and cakes, all very reasonably priced. In the centre is Y Maes, a large open expanse of grass which was originally the town common. In the centre are the remains of an old stone cottage. Some of the original small stone built cottages can still be found scattered around the town. The main road and west bay are lined with splendid Victorian houses, many now hotels, self catering apartments or B&Bs. 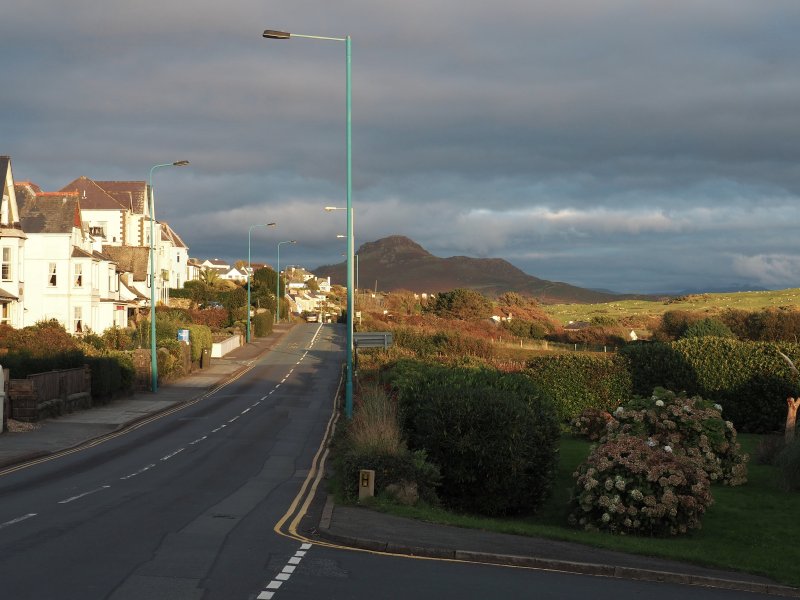 The splendid George IV hotel on Stryd Fawr, dates from 1830, shortly after the turnpike opened. There are two blue flag beaches. That to the west is sandier with groynes to prevent long shore drift. That to the east is more pebbly and has rock pools to explore at the far end. At the far end is the Morannedd Cafe, a large white building, which was built by Clough Williams Ellis of Portmeirion fame. The small RNLI station above the east beach is often open for visits. 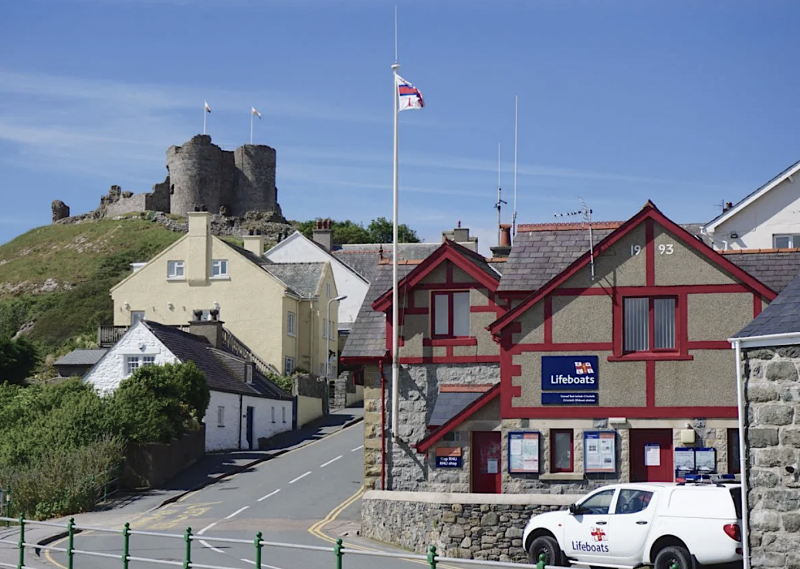 Standing on a rocky mound above the two beaches is Criccieth Castle, what I always imagined Enid Blyton’s Kirrin Castle to look like. This was originally a Welsh castle built by Llywelyn the Great around 1230. Fifty years later, it was captured by Edward I who refortified the castle by adding an extra storey on the gatehouse towers giving it its characteristic appearance today. Edward also adapted the Engine Tower for use by a trebuchet. At the beginning of the C15thC, Owain Glyndwr captured and burnt the castle. Left in ruins, it was never rebuilt. It is a steep climb up to the castle but you are rewarded by good views of the town with the mass of Moel Hebog and Moel y Guest. There are views across the bay to Harlech, although it is difficult to pick out Harlech Castle against the houses of the town. There are views down the Llyn Peninsula to Llanbedrog and the headland beyond Absersoch as well as the string of small hills which make up the peninsula.

The rocky outcrop just inland from the castle is called Dinas and it is possible to scramble up to the top for views across Criccieth.

Sea side holidays demand ice cream and there is always a steady stream of holiday makers heading for Cadwalader’s Ice Cream at the bottom of Castle Street. Across the road is the Castle Fish and Chip Shop, selling what must be some of the best fish and chips in the country.