Small but thriving market town set in the heart of the Yorkshire Dales.

Hawes is a small and thriving market town at the head of Wensleydale in the Yorkshire Dales. This is the only dale to be named after a village and not a river. The Yoredale series of rocks with alternating bands of sandstones, shales and occasional ironstones and thin coals give the valley sides there characteristic stepped appearance.

The limestone rock provides very fertile farmland and the sett in many place names comes from the old Norse saetr or summer pastures.

There is no mention of a settlement in Domesday Book although the disperse population was large enough for a Chapel of Ease to be built here in the C15th. It was granted a Market Charter in 1699 which allowed a weekly market and three fairs per year, serving the local farmers. Hawes has not looked back since, and grew rapidly in the C19th when the railway arrived along with a live stock market holding fortnightly cattle sales. Cheese made by local farmers was sold at four cheese fairs each year.

It is an attractive settlement of old stone buildings along Gayle Beck which tumbles down through the village to the River Ure to the north. 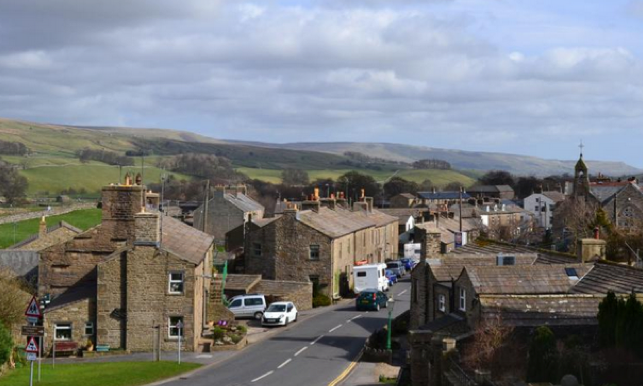 St Margaret’s Church is set above the Main Street and surrounded by a churchyard. This was built in 1850 in response to the growing population, replacing an earlier Chapel of Ease. Inside it is a simple Victorian Gothic building with side aisles. The heart of the village is still around the market place with its weekly Tuesday Market. The Auction Mart is on the edge of village and attracts farmers from all over the north of England.

At the top of the dale and a long way from major settlements, Hawes still maintains a good shopping centre of locally owned shops. The chain stores and supermarkets have yet to arrive. 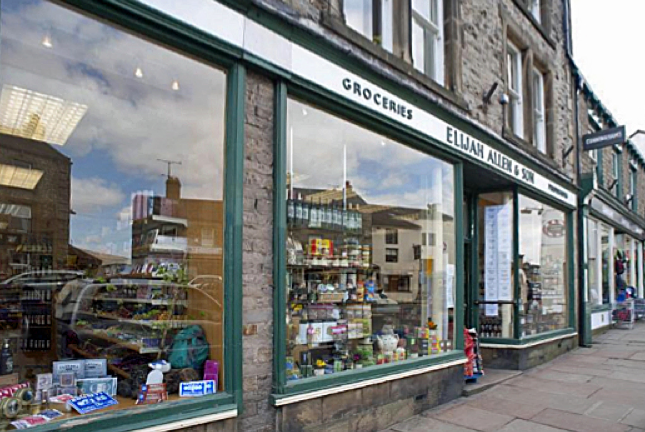 There is also a very strong community spirit and support for the local shops. The Upper Dales Community Partnership took over the running of the post office and library when they were threatened with closure. They have also taken over the Dale Head Petrol Station which is now run by part time staff and volunteers. They also run their own bus service, the Little White Bus, which connects with trains at Garsdale Station and local villages. As well as being used by locals, it is also popular with walkers.

The railway connected the east coast main line at Northallerton with Garsdale junction on the Settle Carlisle Line. Passenger services were withdrawn in 1959 and freight in 1964. The Wensleydale Railway has reopened the bottom end of the line as far as Redmire and has long term plans to extend to Hawes and finally Garsdale junction.

Hawes Station building has been carefully restored and now houses the National Park Centre with the Firebox Cafe and the Dales Countryside Museum. This is very much a hands on experience featuring artefacts of rural life in the Dales as well as history of the area. A small section of track has been relayed alongside the platform with a steam engine.

The large car park is designated as one of the Dark Sky Discovery Sites in the Yorkshire Dales.

W R Outhwaite and Sons, Ropemaker near the Station buildings, have been making ropes in Hawes for nearly 200 years and are one of the few traditional ropemakers in the country. They make everything from shoe laces to bells ropes, clothes lines to dog leads. The shop is in the original workshop and a new ropewalk has been built behind. Visitors can visit the workshop and watch the various stages in preparation of the different sorts of ropes. 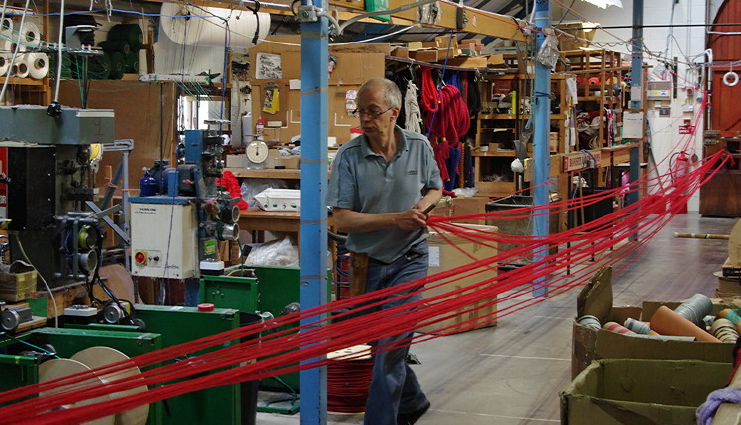 Wensleydale Creamery is on the edge of the the village. Cheese making was a traditional summer activity in all the farms until the first creamery was built in 1897. A new dairy was built here in 2014 and is run by local businessmen using milk from 40 local farms. It is a major employer in Hawes and has a shop and cafe. Cheese is still made traditionally and can be watched from a special viewing area. There is a small museum of cheese making and the factory also offers guided tours demonstrating teh process of turning 8 pints of milk into a 500g truckle of cheese in 40 minutes. Gayle Mill is in the tiny hamlet of Gayle, just south of Hawes. Built in 1789, this was originally a cotton spinning mill but was economically unviable as it was too far from major industrial towns. The mill reopened in 1879 as a mechanised saw mill with a joinery workshop. The local coffin maker and undertaker was based here.

When the last owner retired in 1988, he locked the door, leaving all the machinery in situ. The Mill featured in the first of the Restoration Series in 2003. Although it didn’t win, this provided the publicity and money needed by the community to restore and open it offering workshops in traditional skills and an outlet for local crafts people. Unfortunately the Mill had to close in 2018 for major repair work and is not currently open for tours, although it is still running workshops in traditional crafts. The leat supplying water to the mill and the large crane used to lower tree trunks into the mill are still visible. 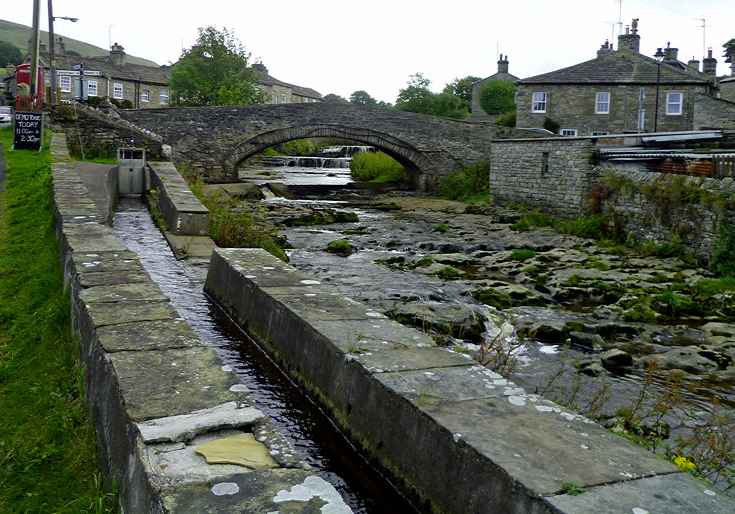 Hawes is popular with both visitors and those spending longer on holiday. There is a good range of accommodation in the village and plenty of eateries. It is surrounded by some of the best Dales scenery and is popular with walkers. The Pennine Way runs through the village.

Local attractions include Hawdraw Force, England’s largest single drop waterfall. Semmerwater is the second largest Lake in Yorkshire and is popular with fishermen as well as canoeists and sailing boats.

Buttertubs Pass is the unclassified road which climbs from Hawes to Thwaite in neighbouring Swaledale and is one of the highest roads in Yorkshire. Jeremy Clarkson described this as a 'truly spectacular road'. At the side of the road near the summit are the Buttertubs, 70' deep deep potholes.

Mary Queen of Scots spent six months imprisoned in Bolton Castle further down the dale, which is one of the best preserved Medieval castles. It is also a wedding venue and offers falconry experiences.

Alternatively there are working sheepdog demonstrations given by a local farmer.
Click to expand...