There are companies that will help you plan these long distance walks, booking your hotels and luggage transfer. (I recommend Cotswold Walks.)

Cotswold Round (207 miles): Combine the Cotswold Way with the Macmillian Way - Cross Cotswold Pathway to get a circular walk in the Cotswolds.

Cotswold Canals Walk (37 miles): The Stroudwater Canal starts at the River Severn and meets the Thames and Severn Canal near Stroud, which continues through the southern Cotswolds reaching the River Thames at Lechlade. This walk joins the The Thames Path. Guide from Countryside Matters

Gloucestershire Way (100 miles): Almost a circle starting and ending near the River Severn. Chepstow to Glouchester to Stow-on-the-Wold, then back to Winchcombe and Tewkesbury. Guide from Countryside Matters

Monarch's Way (615 miles): Straight walk from Worcester to Shoreham, passing through Stratford-on-Avon and into the Cotswolds (Stow-on-the-Wold, Cirencester) to Bristol and then down to Shoreham on the south coast. Following a historical path of Charles II in 1651, fleeing after his defeat in the Battle of Worchester. http://www.monarchsway.50megs.com/

Oxfordshire Way (65 miles): From Bourton-on-the-Water in the central Cotswolds into Oxfordshire, ending at Henley-on-Thames.

Thames Path (184 miles - National Trail): Follows the River Thames from the source near Cirencester, through the Cotswolds Water Park, to Lechlade, then leaving the Cotswolds and ending in London at the Thames Barrier. https://www.nationaltrail.co.uk/thames-path/

Wardens Way (14 miles): In the northern Cotswolds, from Winchcombe to Bourton-on-the-Water, connecting the Cotswold Way with the Oxfordshire Way. Combine with the Windrush Way to make a circular long distance walk.

Windrush Way (14 miles): Following the River Windrush from Winchcombe to Bourton-on-the-Water in the northern Cotswolds. Combine with the Wardens Way to make a circular long distance walk.

Wysis Way (55 miles): A southern Cotswolds walk linking three rivers - Wye, Severn and Thames. Starts west of the Cotswolds in the Forest of Dean, comes into the Cotswolds above Stroud to Bisley, then down into the Frome Valley to the source of the Thames south of Cirencester. Guide from Countryside Matters 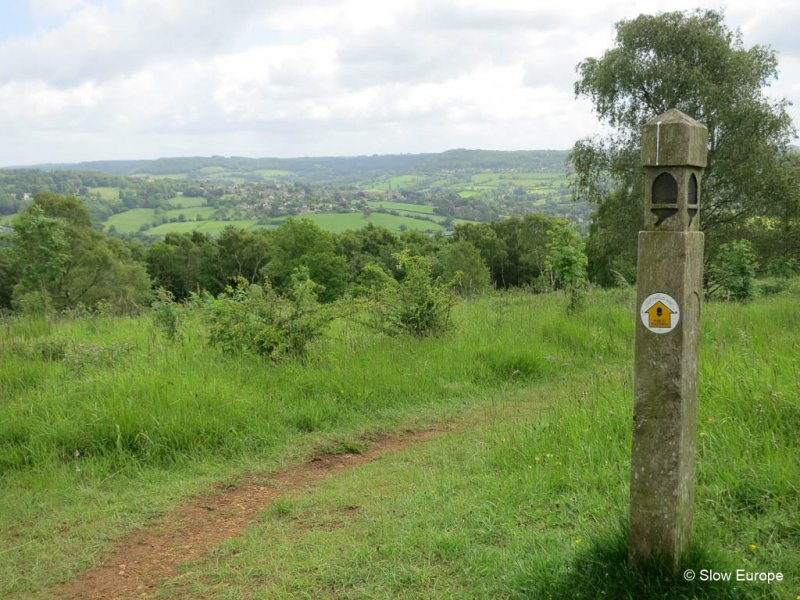 On the Cotswold Way above Painswick
Click to expand...